Hey there, Rebelscum fans! Star Wars: Episode II- Attack of the Clones celebrates its 20th anniversary this summer. This week, we’re looking at the epic arena battle during the film’s conclusion. We’ll be celebrating the second film in the prequel trilogy all week on the site, so make sure to check out all of the articles, insights, videos, and merchandising content we’ll be adding!

Even if you’re not a Star Wars fan (and if so, why are you reading this site?), Attack of the Clones is one of the most important films in the history of cinema. It was the first film ever shot using completely digital techniques, as opposed to traditional film. Some sequences in The Phantom Menace featured digital techniques, but Attack of the Clones changed the entire industry. Digital projection has become the norm in the twenty years that followed.

Attack of the Clones certainly justified using these groundbreaking techniques. The film featured some of the largest scale action sequences in the entire franchise up until this point. After Obi-Wan, Anakin, and Padme face off against the monsters unleashed by the Geonosians (the Reek, Nexu, and Axlay), they are surrounded by the new droid army. This is when Mace Windu and his battalion of Jedi Knights show up to even the score.

According to the script, 212 Jedi came to fight in the Battle of Geonosis, but only twenty survived the attack. However, many of these characters that debuted would go on to become stars in the Expanded Universe. Kit Fisto, Shaak Ti, Aayla Secura, Luminara Unduli, and Barriss Offee all made their debut. Some of the new Jedi weren’t so lucky; the veteran Jedi Master Coleman Trebor is shot to his death by Jango Fett.

The Republic comic series spotlighted many of the Jedi heroes during the war, as did the larger Clone Wars multimedia projects. In the three years between the release of Attack of the Clones and Revenge of the Sith, a series of games, novels, comics, and short stories offered updates on the three-year conflict. Although Anakin and Obi-Wan were often main characters, it also gave the chance to spotlight other characters. An in-depth timeline was developed, but it was later revised in order to incorporate the events of The Clone Wars. 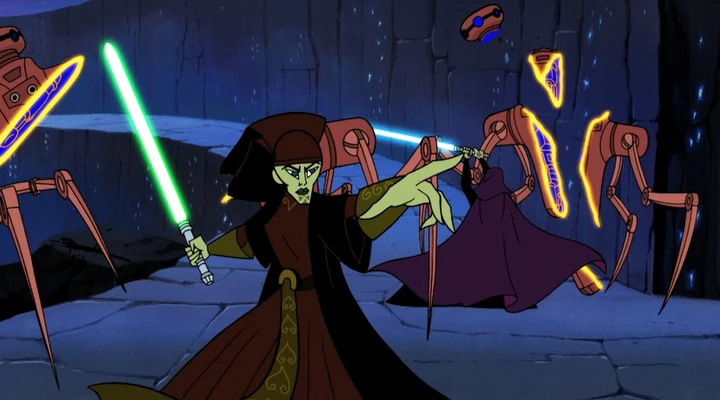 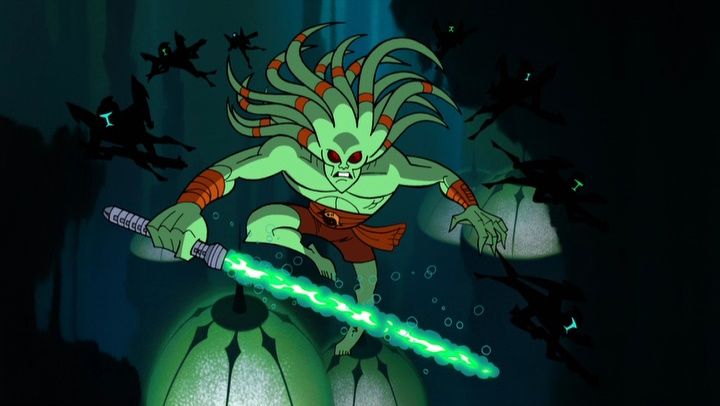 The animated series Star Wars: Clone Wars devoted individual episodes to many of the Jedi characters. Luminara Unduli becomes trapped on Illum, Kit Fisto leads an underwater assault with the Mon Calamari army, and Shaak Ti is charged with protecting the Chancellor against General Grievous. Characters like Mace Windu and Ki-Adi Mundi, who had been featured in smaller roles in The Phantom Menace, saw their roles expanded.

The Clone Wars would only continue their adventures. One of the key decisions early on was to make Plo Koon one of the primary characters on the series, as Filoni had been a huge fan (he even dressed up as Plo for the midnight premiere of Revenge of the Sith). Plo was the Jedi Master who discovered a young Ashoka Tano’s Force abilities, and brought her to the Jedi Order.

What do you think, Rebelscum fans? Which of these characters is your favorite? Are there any Jedi heroes you wish had survived? Let us know below, and as always, may the Force be with you!

I’m definitely a Shaak Ti fan. I love every iteration of her in animation so far. The micro series, The Force Unleashed and The Clone Wars. All brilliant! I don’t have every Hasbro figure of the character, but I have the ones I want.
You must log in or register to reply here.

Expand Your Mind - The Jedi Council