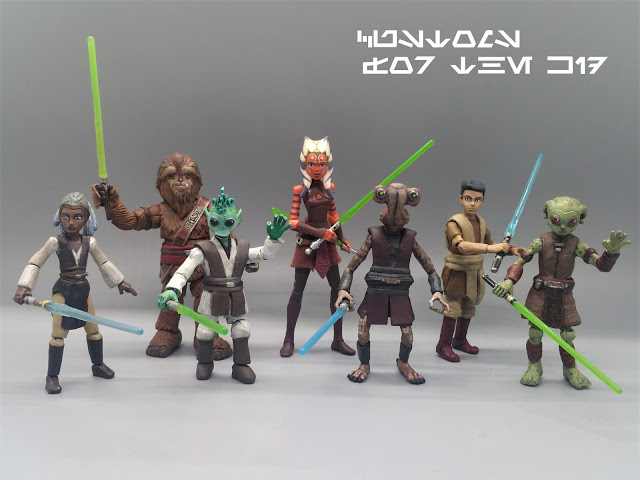 Another year goes flying by, and wow was it an exciting one! First off, we want to thank everyone for still coming to the blog to see the action figures that we create. We made 24 action figures this year which isn't bad considering how busy our lives have been as of late. We were really excited about the pieces we put together too. We covered a lot of Star Wars content this year from classic OT films like "A New Hope" and "Return of the Jedi" to animated characters from "The Clone Wars" and "Star Wars Rebels". We even featured customs from the new Disney content such as "Rogue One", "The Mandalorian", "The Force Awakens" and "The Last Jedi". Most of the pieces involved a great deal of sculpting, so they took a bit longer to produce than your average custom. When we did the Younglings from "The Clone Wars" we even had to make their lightsabers.

If you are a fan of listening to podcasts, we made a few appearances on some cool platforms that you may want to check out. Back in March, we were guests on Jedi Business Talk where we got chat with Criz Bee about Hasbro's new Jabba's Khetanna Sail Barge and discussed an audio modification that we made. In July, we had a blast chatting with Savanna and Brian of The Dorky Diva Show concerning our Star Wars customizing adventure thus far. 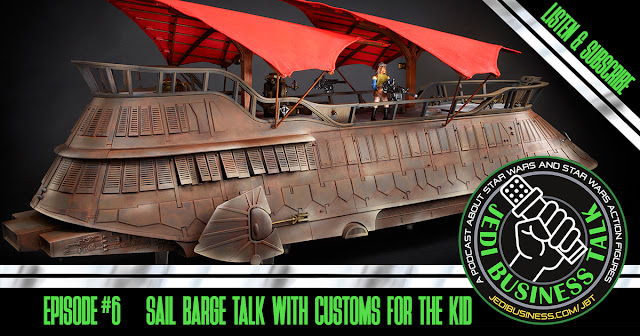 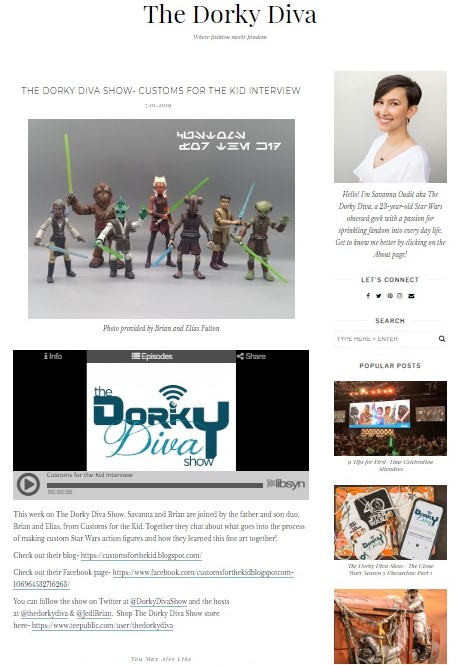 We also did two video interviews of our own on YouTube with Star Wars customizers Empire Toy Works and Bad Batch Customs.

One of the biggest milestones this year was seeing the "Customizing The Clone Wars" YouTube show that we did with Peak-OB1 Custom Creations finally come to a conclusion. After many years of doing the show we wrapped up The Clone Wars: The Lost Missions and completed our goal of showing fans how to make Clone Wars custom action figures from each and every episode of the show.

Speaking of YouTube, this year Dad got to see his Weequay pirate headsculpt make an appearance in Nivrerex's "Star Wars: BOUNTY HUNTERS" stop motion animation. Originally, he had asked us to make some custom action figures for the video, but due to time constraints Dad was only able to send some of the unique headcasts he made of an existing head from my collection. It was really cool to see one of our creations literally brought to life.

By far the most exciting thing to happen this year was seeing Elias win "2018 Action Figure Customizer of the Year" from Toy News International's Toy Awards held at New York Toy Fair! 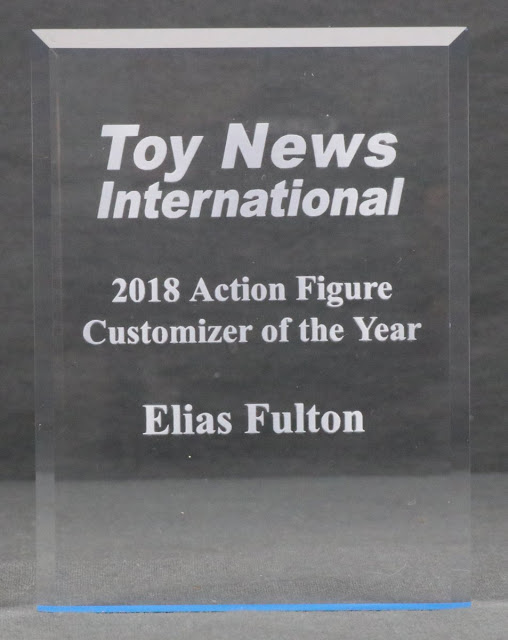 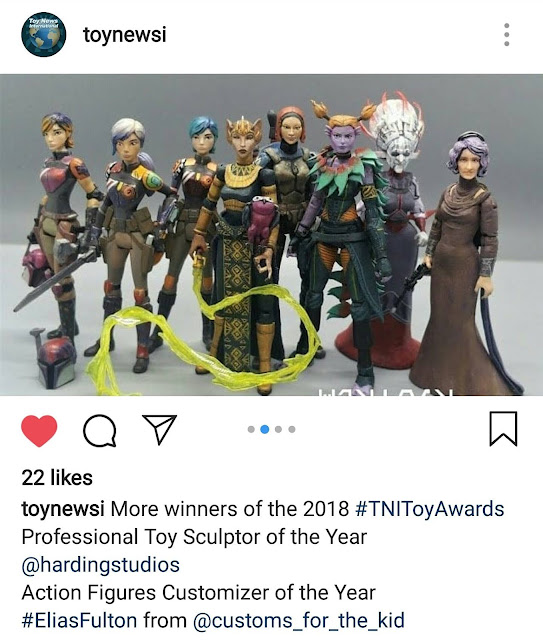 "I have to say, the competition was fierce, and the battle was intense, but thanks to all of you, I was able to walk away with a different view of myself than I had before the competition. I have been customizing for over eight years now, since I was just a little boy, and this unexpected recognition is a true testament to all the effort I put in to become the artist that I am today. When I first was nominated for the award, I thought to myself how could I possibly win against all these talented artists? Now, having won, I realized I had everything I needed. If it hadn't been for the extremely talented artists who have passed down their knowledge, encouragement, and support over the course of my training, I wouldn't be where I am today. Because I was one of the youngest artists in the community, I always wanted to be just as good as the ones I considered "The Masters". While everybody knows no one's journey is ever complete, I am certainly more confident in my skills now because of all your support. I have read all of your comments across social media boards and forums, and I found them all very moving. Especially, those of you who took the time to vote." - Elias

All in all, it was a really rewarding year. We added some really cool new action figures to the collection, and had a lot of fun doing it. We just want to thank all the websites who featured our work throughout the year. Especially, JediInsider.com and Yakface.com for awarding many of the customs we made this year with a "Custom of the Week" feature or a "Customizer Spotlight". A big shout out to Imperial Shipyards for featuring us on the front page as many times as you do. To have sixteen of the twenty-four customs we made this year get some notoriety felt wonderful! Thank you all so much for spreading the word about our artwork! 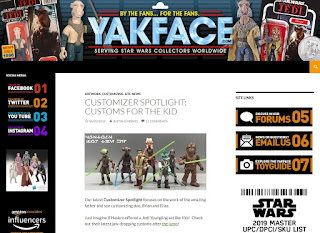 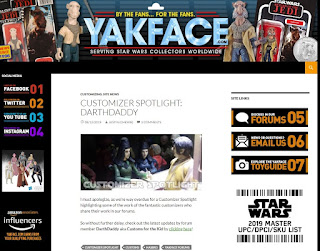 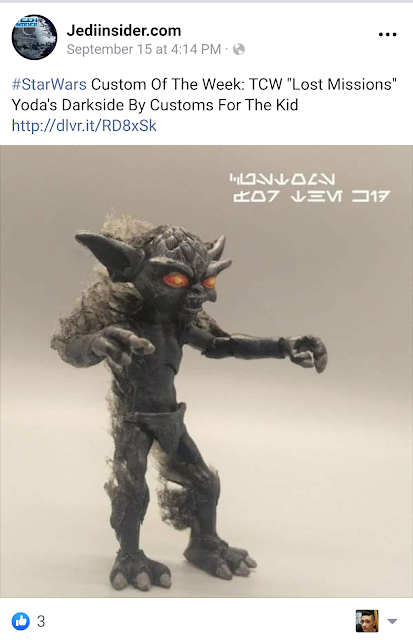 And like every year prior, we even took the time to feature some of our fellow artists. This year we featured Jaeger45 and sterlistr in our own "Customizer Spotlight" when they both added some figures to the "Customs for the Kid" personal collection. Other artists featured for their talents were Sillof, Bad Batch Customs, thewriteguy, localgotal, Hole In The Ground Productions, Asis Film Models and Watto's Scrapyard. 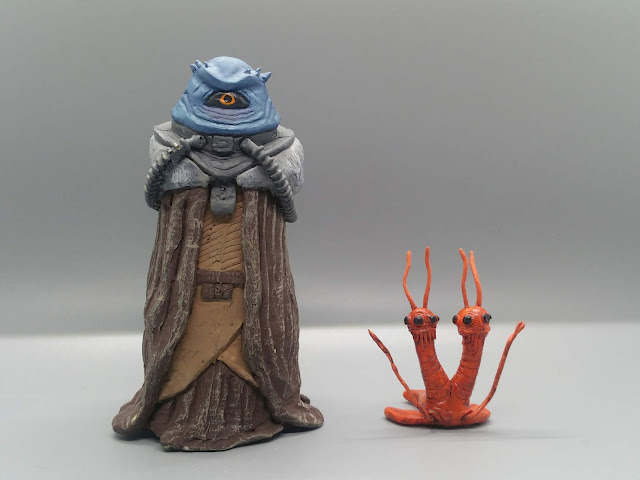 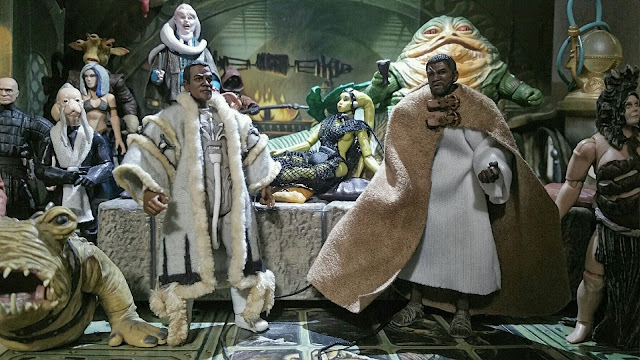 
We hope everyone has a Happy New Year, and we look forward to 2020 when "Customs for the Kid" will be celebrating a decade of promoting Star Wars custom action figure art! Hopefully, we can show off some new customs that we made with our new 3D resin printer. 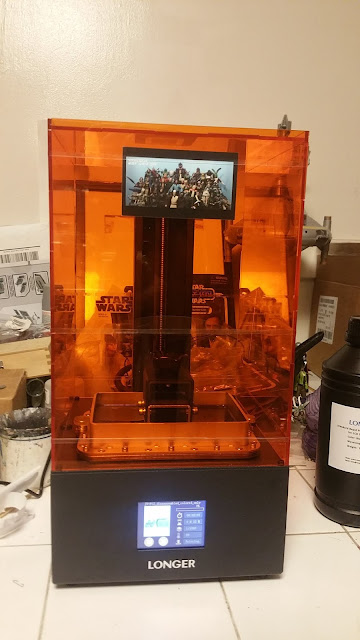 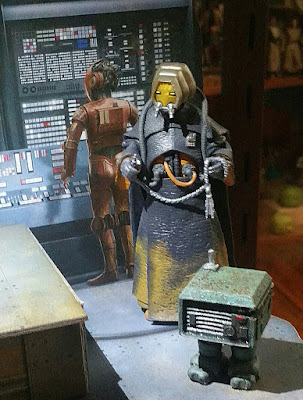 As always, you guys produce insane quality! Here’s to lots of great 2020 customs

You must log in or register to reply here.