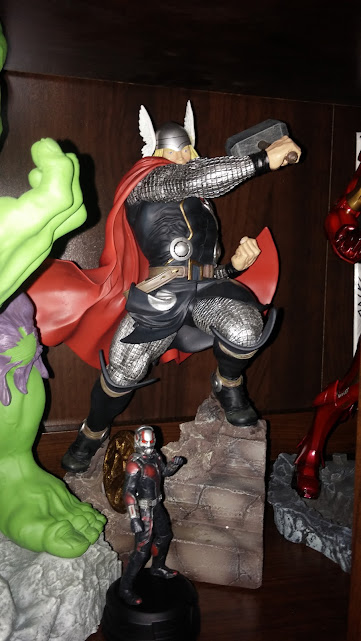 Added the Gentle Giant SDCC Ant Man statue to the collection. Very nicely detailed. It is good to see Gentle Giant releasing a piece in time for a movie. Striking while the iron is hot is a good thing. It builds interest and hopefully demand in the Marvel line.

Thanks Cap for taking the time to post your collection. Your room is jaw dropping awesome Cap. Keep it up

Thanks Andrew. I appreciate it. I haven't updated this thread in a bit. I should take some new pics this weekend.


CaptainAlex said:
Thanks Andrew. I appreciate it. I haven't updated this thread in a bit. I should take some new pics this weekend.
Click to expand...

Haven't updated the thread in a little bit. Some recent additions:

The First Order Stormtrooper by Kotobukiya are really nicely detailed and a great value.
With Gentle Giant pretty much dropping the ball on releasing any busts to support TFA in a timely manner I picked up the Kylo Ren bust bank on clearance after the holidays at Kohls.

There was a Collectibles show here in Rochester last Sunday. I picked up the Anakin Skywalker podracer helmet. I believe it was released by Rubies back in the day. The helmet is nicely detailed, well constructed and has some real durability. I bargained with the seller as he thought he was sitting on gold ticket with this item.

Picking up sketch covers here and there.

A set of promotional coins given out at theaters in Japan to support the release of TFA.

Bought the set of promotional 3D glasses that Cinemark was selling on the release of TFA. I did receive the Stormtrooper glasses as a gift from a co-worker and I got the BB8 "free" with my paid admission for the Star Wars Marathon I attended.

Picked up the TC-14 exclusive from Barnes and Nobles by Kotobukiya.

Before the holidays I added this Hulk and Hulkbuster set from Kotobukiya. I would highly recommend this set for its detail and value. Otherwise things are quiet on the Marvel collecting side.

Added the Endor Rebel Trooper to my collection today. Would have liked to have had the version prototyped but it is a welcome addition. 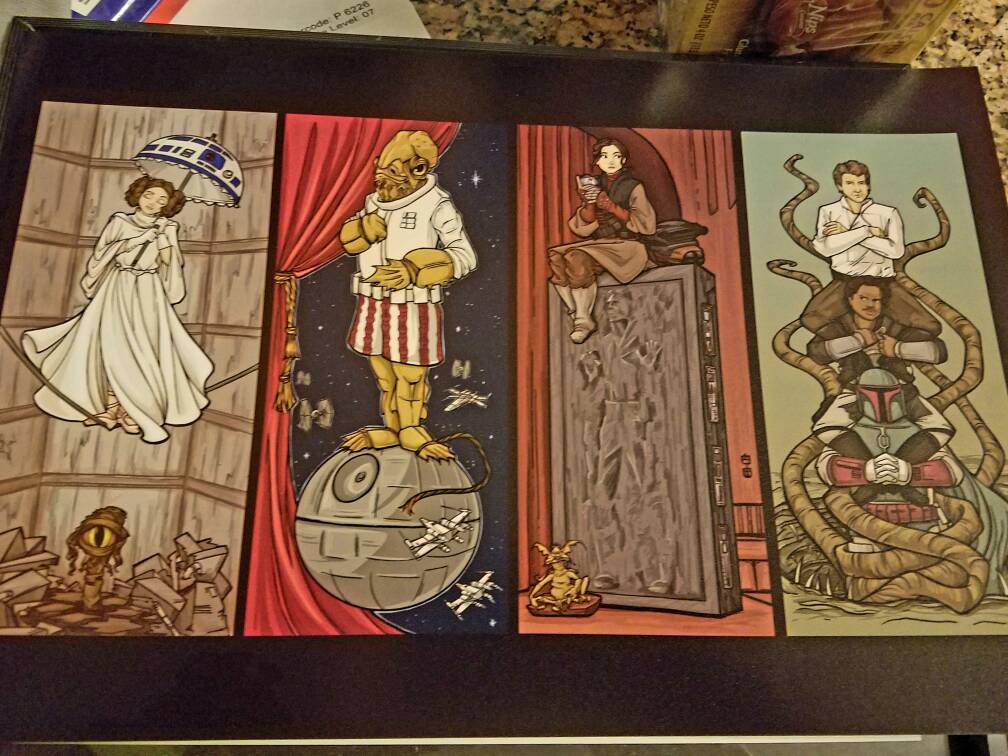 My BDay was a Disney inspired one with this great Emperor Stitch & fantastic Haunted Mansion inspired print by Karen Hallion.

Sent from my SM-G930V using Tapatalk
A

Went to Gamestop yesterday to take a 2nd look at the Vader minibust since the price had dropped.

Still wasn't sold on it but they had the great Supergirl Bombshell stature on clearance for $39.99.

That made my choice easy. Fantastic piece.

Hey thats a cool set up! I like it!

Thanks MechLeader. Appreciate the kind words.

Two most recent gets in the last week. Poe Dameron classic minibust and Scarif Shoretrooper.

Both are really well done.

Sent from my SM-G930V using Tapatalk
A

Hi!
You must log in or register to reply here.